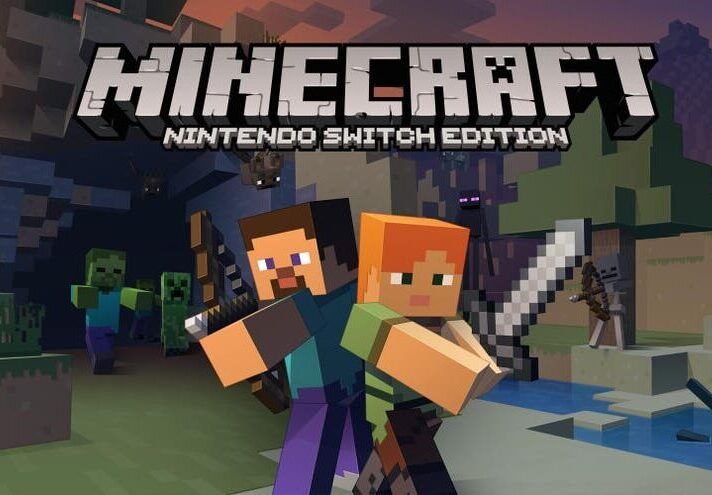 On paper, Minecraft’s basically an unlimited Lego simulator. Yet, thanks to expansive worlds, Survival mode, and countless mods, the virtual sandbox has become one of the best-selling games of all time, winning over the hearts of adults and children alike. Of course, it was only going to be a matter of time before Minecraft finally reached Nintendo’s latest console, the Switch.

While lacking the modifications available on PC — many via the game’s feverish fanbase — Switch Edition has quickly proven itself the ultimate handheld version of Minecraft. Building houses, defeated Nether monsters, and conceiving contraptions has never been so easily playable. Forget the iPhone version with difficult controls and lacking features, Nintendo’s latest has almost everything you could possibly want from Minecraft.

Without boring you with exactly what Minecraft is — if you’re not sure, either you’ve been living under a rock or missed our ‘what is Minecraft’ article — Survival and Creative modes are both playable on the Switch, as are some fun mini-games, Battle and Rumble. Thanks to running on a Nintendo product, the quite brilliant and extensive Mario skins are also available, coming with a built-in adventure mode to explore. Tax Facts

That’s everything you pretty much expect from a Minecraft game. Where Switch Edition lacks is mainly the draw distance which cannot match its PS4 and Xbox One counterparts but manages to beat last generation consoles. If you do own Minecraft on other consoles, you also won’t be able to port maps over. Another disappointment; when docked, the game also doesn’t run on 1080p, currently being locked to 720p.

On Switch, Minecraft remains the same fun and creative game the world has come to love. Nintendo’s latest console offers a brilliant portable versio, the only major drawback being that — unlike some other Switch games — you need another set of Joy-Cons, or a pro-controller, to play multiplayer. Playing two players with one set would have made Switch Edition almost perfect. As it stands, Switch Edition is another must-have for Minecraft’s gigantic fanbase and a fun sandbox for those who have never indulged in Minecraft.