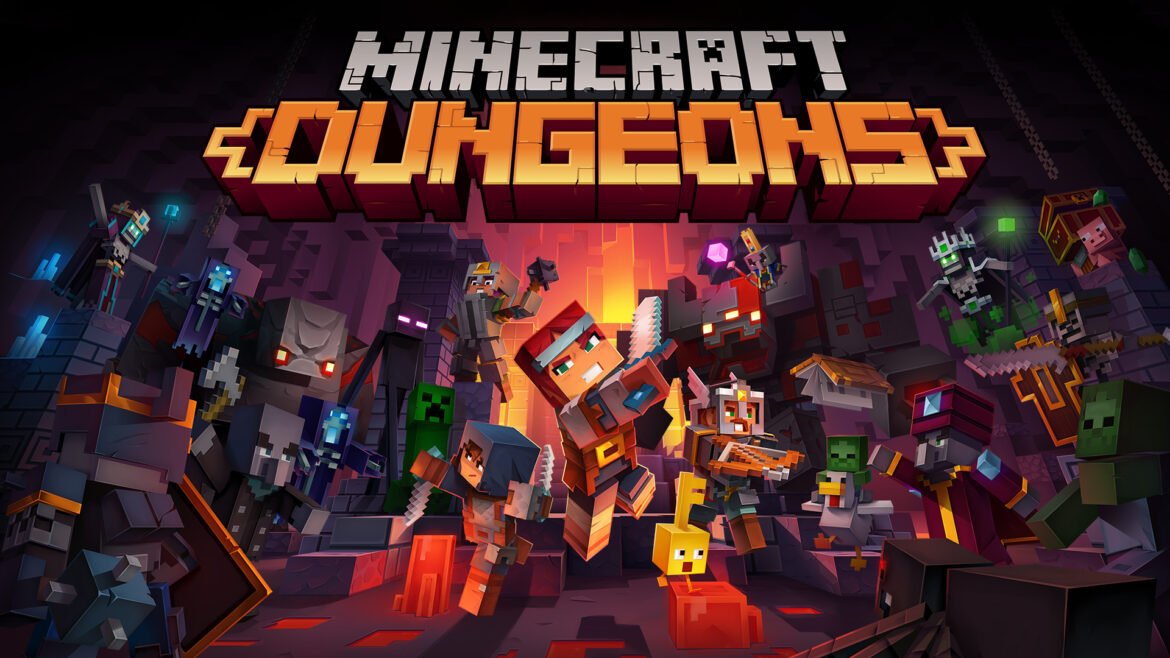 Few games have ever been so monolithically successful as Minecraft, the sandbox game that saw the world as an enormous pile of building blocks. More than 200 million copies of the game have been sold to date; easy enough for children to pick up and enjoy, but complex enough to keep adult fanatics engrossed, Minecraft was a game that truly appealed to everyone.

The same cannot be said of the new spin-off, Minecraft Dungeons, which grafts Minecraft’s blocky aesthetic onto a light, third-person action game. Dungeons is one of a few Minecraft spin-offs that have emerged in recent years, such as Minecraft Earth, the augmented-reality game that was released last year, or Minecraft Classic, a remake of the original 2009 game that functions within your internet browser.

In Dungeons, players battle their way through procedurally generated levels – algorithm-created dungeons that are different on each playthrough – plundering loot and amassing new weapons and armour. The gameplay will feel familiar to anyone who has played dungeon crawlers, such as Diablo.

Combat is repetitive but slick, and there is enough variety in the artefacts and weapons to keep things interesting throughout the game’s (admittedly, too short) story. Characters, items, enemies and environments are all drawn in the classic Minecraft style; specific creations, such as the dangerous “creepers” that explode on proximity, are faithfully imported here.

The story itself is glossy. Splashy cutscenes evoking epic fantasies appear occasionally during the game, but are almost instantly forgotten; the game naturally, and correctly, assumes that the player only has the most superficial interest in Minecraft Dungeons’ lore. Most of the fun is derived from RPG-like self-actualisation: the gradual elemental improvement of the player-character, through battle upon battle.

While it is fun to watch your character progress, earning new and increasingly flamboyant weapons to wield and armour to wear as you grind your way through the dungeons, the experience is improved tenfold when played in multiplayer mode. Minecraft Dungeons supports both local and online co-operative multiplayer – modes which make trawling through its winding caverns vastly more enjoyable, and allow for deeper strategy in planning your fights.

Minecraft was a game of boundless possibilities. People were able to accomplish incredible things within its universe: enterprising players were able to create majestic palaces or functional computers using only the in-game materials. Even novice players were able to marvel at the intricacies of the game’s world, to dive headfirst into the sprawling, seemingly endless cave system that lies under the ground like a buried civilisation.

Minecraft Dungeons captures the look of the original Minecraft with aplomb, but makes no attempt to recreate its anything-goes spirit. It’s an accessible dungeon crawler with slick production values and an affordable price tag (£16.74), but not much else. If it looks like Minecraft and smells like Minecraft, you’re probably going to end up wishing you were just playing Minecraft instead.