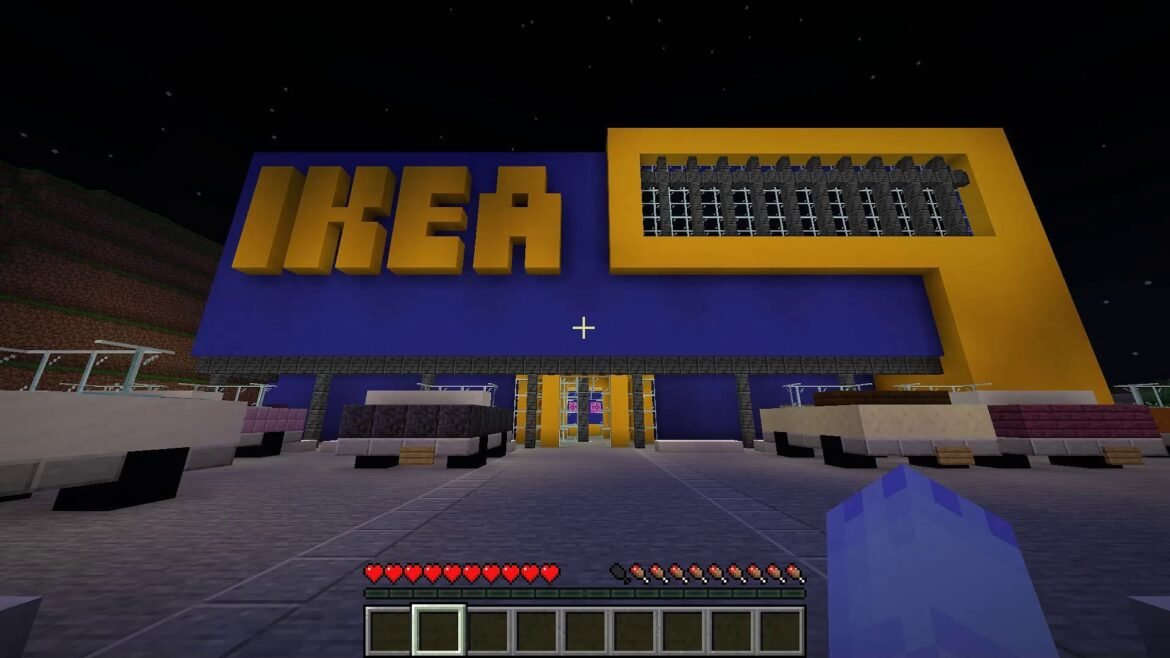 The Minecraft community enjoys building impressive things and then showcasing them on subreddits such as r/Minecraft and r/Minecraftbuilds. Many Redditors enjoy checking out the amazing creations created by the community, and their feedback helps the OP grow and become better as a builder.

A few days back, a Reddit user named Lil-Failure showcased an amazing copy of the SCP-3008, which he calls a “perfectly normal IKEA store.” The post quickly gained lot of attention and was appreciated by many other Redditors.

Many have heard rumors of an “infinite” IKEA store called SCP-3008. It is a store connected to many different IKEA stores from other places and dimensions and has an infinitely large section. As interesting and scary as the tales of SCP-3008 may sound, they are made-up stories.

Reddit user Lil-Failure has created a copy of the SCP-3008 IKEA store and cross-posted a video of his build on r/SCP, r/Minecraft, and r/Minecraftbuilds. In it, OP has used a few build hacks to create furniture.

Exploring the IKEA store, OP finds a book named “Entry 1” in which someone trapped in the store has written that he is a navigator, and also mentioned he lost his sanity after being trapped for two days.

The store is huge and seems to be never-ending. Since Minecraft does not have chairs and tables, OP made use of trapdoors, slabs, and a few other items to create them.

Reactions of other Redditors and their suggestions

u/Lil-Failure’s IKEA store received a lot of attention and has accumulated over 39,000 upvotes on the official Minecraft subreddit. It received over a thousand comments that were a mix of people appreciating the build and suggesting things to add.

u/Yawndrr suggested adding the scary IKEA employees (SCP-3008-2) with hostility similar to spiders. Others suggested doing so by remodeling the spider to make it look like the store staff.

u/V4U1THUNT3R recognized the reference and others in the comments mentioned the exact codename for the infinite IKEA store (SPC-3008).

u/ConnorToby1 asks if there is going to be any form of downloadable Minecraft map of SPC-3008. Others also suggest OP to upload the world they created the store in.