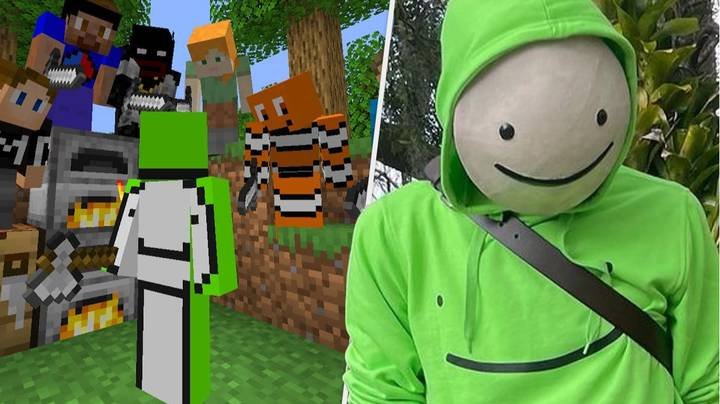 Dream, the popular and ever-mysterious Minecraft YouTuber, has managed to land himself in hot water online following a tweet made on Veteran’s Day that critics branded as offensive and insensitive.

The federal holiday was created as a way to honor all who have served in the U.S. military and takes place every year on November 11. Yesterday, during Veteran’s Day, Dream posted a joke on Twitter that didn’t go down too well.

“Happy Veterans Day to everyone who fought in the L’manburg War,” Dream tweeted. “Your courage and bravery were unparalleled. God bless.”

For those that aren’t aware, L’manburg is a fictional country from the Dream SMP, an invite-only Minecraft server created by Dream and GeorgeNotFound in which content creators roleplay as versions of themselves. I’m not even going to pretend to understand it, I’m just here to tell you that’s what it is.

A number of Twitter users were quick to hit out at Dream’s tweet, suggesting that it was perhaps in poor taste.

“You are using a day meant to honor those who came back from one of the most horrifying things a human being can go through, that left many psychologically tormented with what they had to do to survive,” wrote one.

“You should remember those who fought for your country,” added another. “Just because you don’t care about it doesn’t mean you can joke.”

Others in the replies defended Dream, arguing that it was a funny tweet and critics are overreacting. Meanwhile, Dream himself probably hasn’t given the backlash a second thought. The debate rages on his replies. The world spins on like the unrelenting bastard it is.